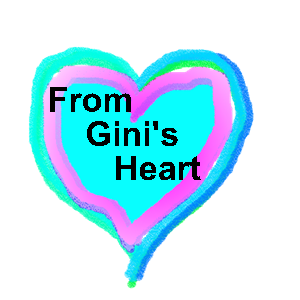 Do you feel alone in a crowd?

What has always struck me as weird is, I can be around a crowd of people and still feel kind of alone. Why is this? I think it is because even though we are around people, we aren’t truly connected to them.  What do you think? Though I have found that a friendly hello, or a how are you, or a bit of humor can go a long way in making you feel like one of the group.

When loneliness can really grab me is when I am around people that know me but are too busy to connect with me! I think we can all relate to this scenario - when we are at work, at church, in a class, at a party and so on, we can feel alone even though people are talking, discussing, eating, laughing, and doing. Now, I am pretty sure people don’t consciously think, “I am going to leave her out so she can feel lonely.”  I believe the problem is people are busy…

When this scenario happens don’t despair but take heart, because Jesus is never too busy for you and me! Even on this earth, when a crowd of people was pushing, shoving, and wanting Jesus’ every moment - He still wasn’t too busy to love anyone.  If you are feeling alone just realize He is always right at hand wanting you to need Him. You are also never alone because Jesus is always there…so talk to Him!

…a large crowd was following Him (Jesus) and pressing in on Him.  A woman who had had a hemorrhage for twelve years,  and had endured much at the hands of many physicians, and had spent all that she had and was not helped at all, but rather had grown worse—  after hearing about Jesus, she came up in the crowd behind Him and touched His cloak. For she thought, "If I just touch His garments, I will get well."  Immediately the flow of her blood was dried up; and she felt in her body that she was healed of her affliction. Immediately Jesus, perceiving in Himself that the power proceeding from Him had gone forth, turned around in the crowd and said, "Who touched My garments?" And His disciples said to Him, "You see the crowd pressing in on You, and You say, 'Who touched Me?' " And He looked around to see the woman who had done this. But the woman fearing and trembling, aware of what had happened to her, came and fell down before Him and told Him the whole truth. And He said to her, "Daughter, your faith has made you well; go in peace and be healed of your affliction." Mark 5:24-34 NASB® - Read Psalm 139:1-12, Matthew 28:20 and Romans 8:31-39.

Because of God’s Presence,  Gini

back to From Gini's heart